Kilimanjaro is an icon that best illustrates the unexplainable beauty and uniqueness of East Africa. Those that have seen it will certainly agree with me. In addition to being the highest mountain on the African continent, Kilimanjaro is also the tallest self-supporting mountain in the entire world, mounting in magnificent isolation from its neighboring coastal scrubland to an altitude of close to 900 meters at a height of 5,895 meters or 19,336 feet. 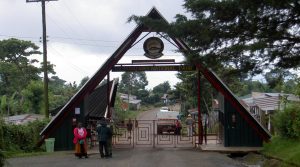 Kilimanjaro is among the most easily reached high summits in the world, and an inspiration for visitors from all parts of the world. The majority of climbers actually arrive at the edge of the crater with nothing more than just a walking stick, appropriate clothing, and of course determination. those that make it to Uhuru Peak; the true summit, or Gillman’s Point right on the rim of the crater, will certainly have achieved their mountaineering certificates with lifetime memories.

However, Kilimanjaro offers much more than her peak. The ascent on the mountain slopes is more like a climatic tour of the world, from the warm tropics to the cold Arctic.

Even prior to traversing the boundaries of the national park found at the 2,700m outline, the cultivated foothills merge into a verdant montane forest that serves as habitat to buffaloes, the hard-to-pin-down elephants, Abbot’s duikers in danger of extinction, leopards, plus other species of antelopes as well as primates. Ascending further, you will find the moorland region, covered with giant heather that is scattered with wraithlike massive lobelias.

Beyond 4,000 meters, the weird alpine desert actually supports less life basically comprised of enduring mosses plus lichen. And finally, the ultimate vestigial vegetation then disappears into a winter paradise of ice plus snow, and the splendid beauty of the highest roof of the African continent.

Kilimanjaro Mountain offers 7 well-managed routes for its visitors to trek up the mountain summit among which are: the Marangu-Route, Machame-Route, Lemosho-Route, Mweka-Route, Shira-Route, Rongai-Route, and Umbwe-Route, with a number of these routes overlapping as well as sharing the similar trail as you advance up the mountain.

Opting to approach the mountain from the East you can trail the Marangu Route. This route is the oldest of all and among the simple routes, and as a result, it has a great infrastructure to help climbers. On the other hand, its popularity can be unfavorable to the experience; the route is commonly referred to as the ‘Coca-Cola’ Route, and the huts built along its trail are occasionally struggled to accommodate the overwhelming number of climbers that take on this route. A number of people say that its scenery isn’t as spectacular as the other routes on the Kilimanjaro. 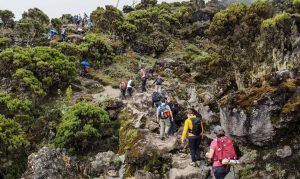 The Machame Route also known as the “Whisky” route is similarly very popular. Using this route you approach the Kilimanjaro from the southern direction and later twist east towards the mountain summit. The route is somewhat more difficult compared to the Marangu- routes, and runs for more days. However, trekking the Kilimanjaro through this route offers rewards sights of the stunning forests as well as great sights of the icy tips on the southern part.

If you are willing to spare more time to enjoy trekking Mount Kilimanjaro then opt for an adventure, through the Lemosho route as it is the best-recommended alternative. Lemosho offers more days as compared to the other Kilimanjaro routes and it is not easy. However, it’s slowly approached, with numerous rest stops plus steadier acclimatization increasing the chances of summiting the mountain successfully. In addition, this route is actually newer and less trail than the rest of the routes and for that reason is less unspoiled.

Lemosho-Routes approach the Kilimanjaro from the west. Trekking Kilimanjaro through this route offers you sights of the mountain from different angles, and journeys you through forests covered with alpine flowers as well as along a crest past a volcanic crater that collapsed. This is a very eye-catching scenic trek.

How to Get to Mountain Kilimanjaro

The mountain is about one hour’s drive from the airport at Kilimanjaro, and just 128 kilometers or 80 miles from the town of Arusha.

What to do at Kilimanjaro 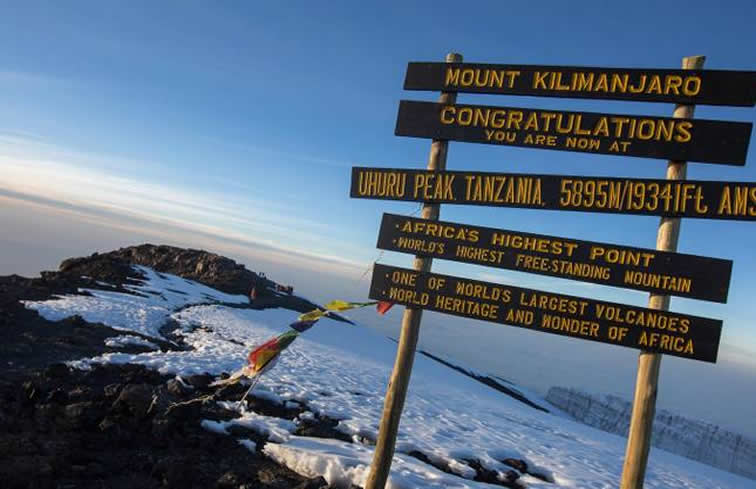 There are more than five common trekking routes through which you can reach the summit as well as other more-challenging mountain climbing routes.

There are day and overnight hikes taken along the Shira plateau. In addition, are Nature trails along the lower planes. Trout fishing
Explore the gorgeous Chala Crater Lake found on the southeastern slopes of the mountain.

The best time to visit Kilimanjaro

From December up to February, this is the warm and yet clearest time, however dry yet colder months from July to September are also ideal.

there are Huts plus campsites on this mountain, however, several hotels, as well as campsites, can be found on the outskirts of the park in the adjacent Marangu village and Moshi town.

IMPORTANT TO NOTE:
Climb slowly so as to increase acclimatization time as well as maximize your opportunities of summiting the mountain.

To do away with altitude sickness, spare at least five nights if at all possible even more days for the hike. Take your good time and pleasure in the beauty of this African mountain.