What To Do- Tanzania Tours

Tanzania is one of the most loved and top-visited safari destinations on the African continent and is the must-visit destination of most travelers in the world, with a great chance to see the big five animals in their natural habitat as well as trek the Kilimanjaro or just relax at the Zanzibar Island, there is so much to see and do for every discerning tourist. Below are some of the most sought-after tourist attractions in Tanzania.

Lake Manyara National Park is readily seen when on the road that ascends the Rift Valley, exactly where most safari vehicles en route to Serengeti National Park and Ngorongoro Crater break to marvel at the stunning pink flamingos. As soon as you enter the park you will find tracks within the permanent oasis of lavish greenery, the lake on the one hand, and amazing baobab-covered ledges on the other side. It is renowned for its tree-climbing lions, as well elephants are often seen moving about fig and giant acacia trees.

Pemba Island is well known for its local bullfighting sport. In contrast to their Spanish counterpart, this particular sport doesn’t require killing any of the bulls, however, is a remnant from the ancient Portuguese rule days back in the 16th as well as 17th centuries.

Tanzania’s coast waters are life with big fishing, most effectively done on Mafia Island. large catches are done on the waters right here, such as marlin, shark, snapper, and barracuda, with powerboats plus tackle readily available for public hire from any of the lodges found on this island.

Tarangire National Park, 130km or 80 miles from Arusha as well as 8km or 5 miles from the Great Cape to Cairo road, is readily accessible however normally overlooked in preference to the other parks in the northern circuit. Nonetheless, a game drive within this area rewards with unique views of huge baobab trees, plus River Tarangire is a much-loved haunt for the wildebeests, elephants, zebras, and elands.

The continuous Serengeti plains (www.serengeti.org) become more active during the early hours of daybreak and experiencing the park awaken while in a hot air balloon is among the greatest natural marvels in the world. The yearly migration of approximately 2 million wildebeest pursued by their predators, right from November up to May, is actually the greatest time to enjoy a ride.

The bottom slopes of Mt Meru (4566m or 14980ft) within Arusha National Park are among the easiest to get places to see buffaloes, giraffes, black & white colobus monkeys plus warthogs as well as one of the very few parks in which walking is allowed. a 3-day trek to the peak of this mountain, even though much less well known, is similarly a challenging and less expensive alternative than hiking Mt Kilimanjaro.

Situated 8km or 5 miles right north of the city of Dar es Salaam en route to the beaches in the northern, is an interesting market with vendors selling their own gorgeous handmade wares. Most of the merchandise is made from dark-shiny ebony and is the area to go to purchase well-known Makonde wood-carvings. The Makonde people originate from southern Tanzania and so are regarded as being among the best carvers in the whole of East Africa.

National Museum and House of Culture

Found near the Botanical Gardens within Dar es Salaam, this National Museum (www.houseofculture.or.tz) unveils the interesting culture plus history of this historical region and has the old skull of Nutcracker Man supposed to be 1.7 million years old. Peacocks wander through the gardens, and then there is an impressive statue in memory of the victims of the unfortunate 1998 bombing at the US Embassy in Dar es Salaam. 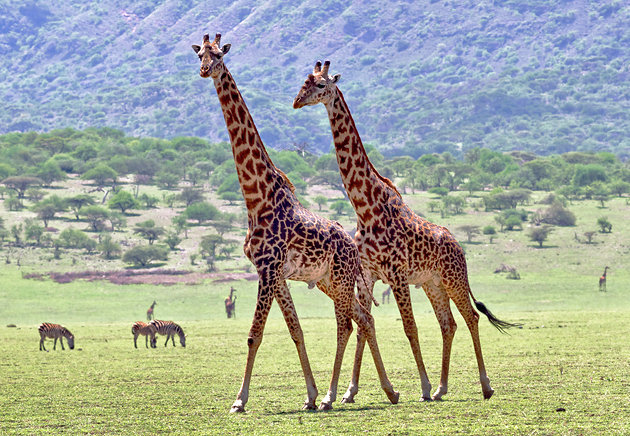 610 meters or 2,000 feet deep and 20km or 12.5 miles wide as well as covering 311 square kilometer or 122 square miles, the stunning Ngorongoro Crater is actually the biggest intact caldera on the planet. An additional UNESCO World Heritage Site in Tanzania, this crater is greatly crowded with nearly all types of African-plain mammals such as the biggest lion population in Africa. a Safaris to this crater is normally made together with visits to the vast Serengeti National Park.

Ruaha River Gorge within the Ruaha National Park features unmatched views down its length. being the second largest as well as wildest park in Tanzania, it is renowned for its remarkably large herds of buffaloes, elephant, as well as more than 400 bird species.

Safari within the Serengeti

The most well-liked national park throughout Africa is located within Tanzania, so a safari within the Serengeti (www.serengeti.org) is very ideal for any trip to Tanzania particularly throughout the well-known wildebeest migration from November up to May). Enjoy Close views of the ‘big 5′ including lions, elephants, buffaloes, leopards plus rhinos as they are nearly guaranteed. Any Safaris may be organized throughout Tanzania, specifically close by Arusha, the springboard town for all safaris to the northern circuit parks within Tanzania.

The technicolor underwater life all around the coral Zanzibar island and Pemba island makes for a perfect location to enjoy scuba diving as well as snorkeling. A number of dive sites are near the islands which are safeguarded as marine nature parks plus reserves. The Indian Ocean possesses clear visibility to view all types of coral, turtles, vibrantly colored fish, sharks, dolphins as well as manta rays. 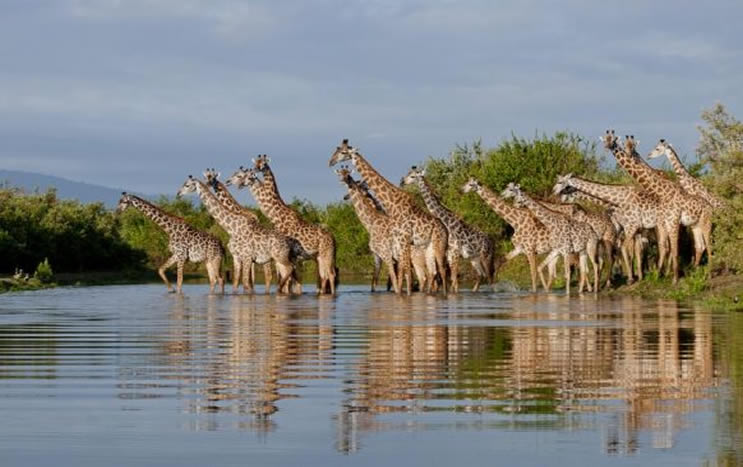 To get a genuinely remote wildlife experience, go to a remote lodge within the Selous Game Reserve (www.tanzaniaparks.com). The Selous is a UNESCO World Heritage Site covering an expanse bigger than Switzerland – approximately a sixth of the total land surface of Tanzania, which makes it one of the largest reserves on the planet. It is a habitat for a complete match of African animals, and it is famous for its exceedingly big elephant herds.

Being the epicenter of the traditional spice trade, the island of Zanzibar is where a fragrant tour of the spice plus fruit plantations can be enjoyed. Arranged tours are offered throughout Zanzibar also knowns as the ‘Spice Island’ with tastings plus specimens on sale on the way.

Stone Town in Zanzibar was the center of the early spice trade, and previously was the seafaring metropolis for the whole of East Africa, previously controlled by Shirazi Persians, Portuguese, Omani Arabs as well as British colonials. however Currently, this UNESCO World Heritage Site continues to be a maze of narrow, twisting alleys lined with squares, exotic shops, mosques, bazaars, and colonial mansions.

The Sukuma Museum, found 15km or 9 miles just east of the town of Mwanza on the large Lake Victoria, is exclusive for its once a week staged performances including traditional dances by the Wasukuma tribe, like the Bugobobobo – Sukuma Snake-Dance (www.sukumamuseum.org)

Troops of various wild chimpanzees live within the Gombe Stream as well as Mahale national parks (www.tanzaniaparks.com) along Lake Tanganyika’s shores. The two parks possess breathtaking views with mountains and forested valleys falling into the stunning lake and so are among the few locations within Africa to view chimps within their natural habitat. Primate Treks may be arranged to pursue the troops with views almost assured. 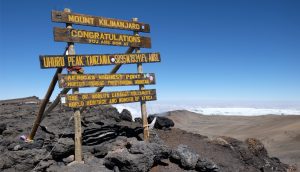 Being the highest summit in Africa at 5,895 meters or 19,341 feet Mt Kilimanjaro has attracted enthusiastic explorers with its stunning snow-covered peak for many years. It is a challenging grind to the peak, however, anyone of sensible fitness may do it, and 5 or 6-day well-arranged climbs consist of guides, equipment, porters as well as food. Viewing the beautiful sunrise over the marvelous peak is an unexplainable scene.

The historical Bagamoyo town, 72km or 45 miles north of the city of Dar es Salaam, was once a slave port as well as the terminus for the then lively trade caravans. This town’s Arab tombs, as well as mosques, date back to the 18th century, even though there are many churches plus mission buildings built in the early 19th century as well as later on buildings at the time of the Germans who occupied this town throughout the colonial period of time. Have a guide for your walk-in town, and it is a simple day adventure from Dar es Salaam.

Zanzibar has magnificent enfolds of white sands crowded with palms and offers an excellent beach holiday. The numerous resorts including simple beach bungalows to five-star luxury facilities provide a variety of activities like sunset cruises, water sports, snorkeling as well as diving in addition to delightful dining within great seafood dining establishments.