Ruaha National park is the second-largest protected area in Tanzania after Nyerere National park. It is located in the south-central part of the country, West of Iringa town. This natural property was first gazetted as Saba Game Reserve in 1910 by the Germans, the British colonists changed the name to Rungwa Game reserve in 1942. The southern section of the reserve was promoted to park status in 1964. In 2008, the Tanzania parks authority added the Usanga Game reserve and other significant wetlands to the protected area, expanding its surface area to about 20,226km2.

Ruaha national park is part of the 45,000 square kilometres of the large Rungwa-Kizingo-Muhesi ecosystem which consists of Kizigo and Muhesi Game reserves, Rungwa game reserve and Mbomipa Wildlife management area. 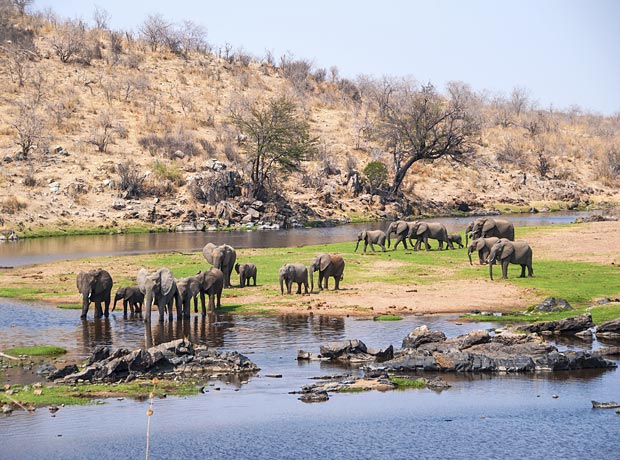 The park is largely dominated by the Great Ruaha River from which it also derives its name. Ruaha river is located on the southeastern edges of the park and offers a lifeline to most of the wildlife species in the area. Vegetation cover comprises open grasslands and palms in much of the park areas, scrubby woodland and scattered baobab trees in the north.

Ruaha national park is home to over 571 bird species consisting of resident species, migratory birds and endemic species. The notable birds in the park are the Tanzanian red-billed hornbill, African fish eagle, collared palm-thrush, Spur-winged goose and Goliath heron. There are also different types of mammals including buffaloes, elephants, lions, cheetahs, African leopards, hyenas, wild dogs and antelope. The park holds 10% of the total population of lions in the world. It is one of the few areas in the world with 20 pride of lions or more in its expanses. The park has been registered as a Lion Conservation Unit since 2005.

Due to its remote, Ruaha National park is not much visited like Serengeti National Park and Ngorongoro conservation areas. Although, it is a nature-based tourism destination that provides a great wildlife viewing experience bettered by magnificent landscapes.

How to reach the Park?

For air means, there are scheduled flights from Kilimanjaro International Airport in Arusha and Julius Nyerere International airport in Dar-es-Salaam to the two airstrips of Msembe Airstrip (park headquarters) and Jongomeru, Airstrip, close to the Jongomeru ranger post. You are advised to inform your local tour operator to arrange the charter flight to the park as early as possible.

With an abundance of wildlife species spiced up with distinctive and breath-taking landscapes, Ruaha national park is one of the top exciting tourism destinations in Tanzania. Tourists on a Tanzania safari to Ruaha National Park enjoy activities like game viewing, bird watching, community tours and walking safaris.

The open grasslands and woodlands of Ruaha national park are blessed with lots of wildlife species, making it one of the most perfect places in the world for game viewing expeditions. The likely animals to see on a game drive around the park are lions, elephants, giraffes, zebra, greater and lesser kudus, wild dogs, hyenas, cheetahs, impalas, sable antelopes and many more. The highest breeding spots of animals are the waters and close areas around the Great River Ruaha especially in the dry seasons when they act as the main sources of water in the park. Due to the vastness of the park, game drives take about 4-5 hours and are conducted early in the morning, late afternoon and night. The morning game drive offers opportunities of encountering early risers like elephants, lions, antelopes and zebra and the night chances tourists to see nocturnal animals like leopards, hyenas, nightjars, bush babies and bat-eared foxes.

Several trails within the park provide exploring Ruaha National park on foot. Different wildlife species are randomly encountered on a nature walk for example mammal species, birds, flowers, reptiles, butterflies and tree species. It is an activity where tourists closely experience jungle life. The walking trails range from 1-4 hours to complete. Due to the presence of predators in the park, armed park rangers guide the tourists on nature walks and they are only conducted during the daytime.

Ruaha national park is home to over 450 bird species including tropical species, localised, water birds and migratory ones. The River Ruaha areas, miombo woodland and acacia savannah sections are the popular habitats of birds in the park. It is advised to hire an experienced bird guide at the park or request the tour operator to get one to have a sensational and informative birding experience. Birders are also suggested to spend at least three days around the park if they are to spot most of the recorded bird species in the park. The best birding time is the annual wet season consisting of March, April, May and November. This is when most of the migratory birds from as far as North Africa and Europe are present. The birds to see at Ruaha National park include the African fish eagle, Namaqua dove, Tanzanian red-billed hornbill, African hawk, giant kingfisher, racket-tailed roller and so forth.

There is a Maasai Village known as Boma around Ruaha National park which is worth a tour. The Maasai are traditional and cultural people who have remained loyal to their ancestral way of living. While on a tour, tourists engage in cooking lessons, craft making, learning their history, traditions and cultures, getting entertained by traditional performers, and visiting social centres like schools and hospitals. 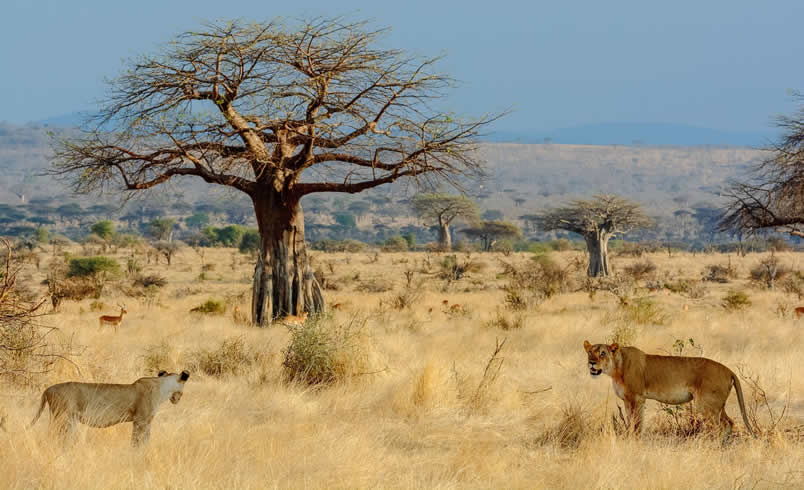 The park is open all year round. Different activities can be best carried out in different climate seasons. For instance, game drives are perfect in the dry months of June-October. This is when most of the animals gather at the Great Ruaha River as a lifeline, making it easy for the tourists to see them. Birding is best done in the wet season during the months of April-May and November. This is the time migratory birds from Europe and North Africa come to the park. Additionally, in the wet months, the landscapes are green and the animals are healthy rendering a great photographic environment.

Ruaha national park has a chain of luxury tented camps and high-end eco-lodges for affluent travellers and pitch-camp tents and Bandas for tourists on a budget. Contact Jungle Safaris Tanzania for the best and most memorable wildlife adventures in Tanzania at the most affordable prices on the market. Transportation is offered in very strong 4×4 safari Land cruisers, air-conditioned, with min-fridges and pop-up roof for excellent game viewing and photographing.